Beginnings often entail endings. The beginning of Catholic Mission in Lesotho marked the end of an exclusive Protestant presence in the country. 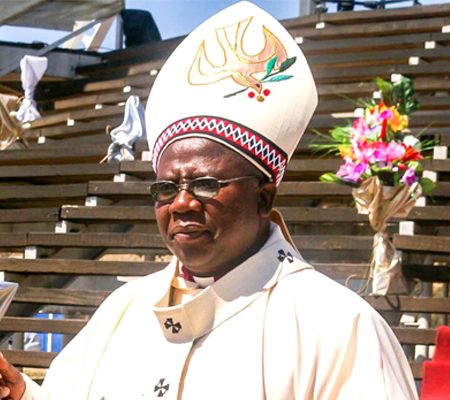 In January 1862, two Roman Catholic missionaries entered Lesotho’s northern district. Their names were Jean-Francois Allard and Joseph Gerard, a bishop and a priest. They had come a long way, travelling on horseback with few provisions. On their journey, they had visited a number of Catholics in different parts of the Free State and had also made enquiries about Lesotho, which, normally at least, was part a large new ecclesial area called the Apostolic Vicariate of Natal. The missionaries were looking for more promising area to evangelize within this vicariate and had heard good things about the Basotho. Their simple entry was the humble beginning of what would one day become the largest mission in the country.

Beginnings often entail endings. The beginning of Catholic Mission in Lesotho marked the end of an exclusive Protestant presence in the country. It is also introduced much that was different and, initially at least, difficult to absorb. The addition of another major Christian tradition would require a period of adjustment, with major challenges- for the Catholic missionaries, who found themselves in the position of pioneers as well as late-comers; for the Protestant missionaries, who were experienced and well established, yet unused to direct Christian competition; and above all for the Basotho, who faced new concepts and choices in this very different presentation of the Christian faith.

There were also beginnings and endings in the development of the Protestant Mission itself and of indigenous religious institutions. Several PEMS stations were relinquished due to the demarcation of new national boundaries, but important new initiatives in the mission included the training and employment of Basotho teachers and evangelists and the opening of several major new institutions. Among San and Sesotho believers, changes included the slow disappearance of San religious culture and adjustments and new emphases in Sesotho belief in relation to Christian influence as well as that of powerful new prophets and movement.