1928 in particular will be a date to remember regarding our mission in Basutoland. The official occupation of the territory and the adjacent circuits will tell for the good of the people of the land…Our people have received abundant encouragement from the Assistant Commissioner at Qacha’s Nek, and from Chiefs Theko and Makhaula. The outlook is full of hope. C. Edgar Wilkinson, Methodism in Basutoland, 1956, p.5. 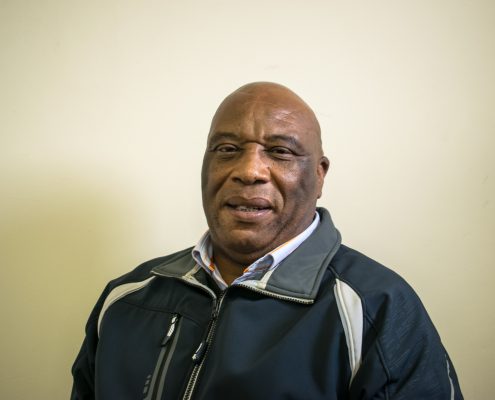 Following the formation the Methodist Church of South Africa (MCSA) in 1931, the work of the Primitive Methodists in the south of Lesotho was absorbed into structures that had already been established by the Wesleyan Methodists in other parts of the country. Furthermore, several new senior ministers were appointed to join Rev Moses Maribe, either in the late 1920s or 1930s. They included the Revs Isaiah Bokako, John Mokitimi and Philemon J. Rampou- who, in 1944, became the first resident Superintendent of the Basutoland Mission.

Although these pastors tried to establish strong foundations for the new Methodist Church in Lesotho, they were severely hampered by inadequate funds, personnel and oversight. In consequence, growth of the Basutoland Methodist Mission in its first two decades was spasmodic at best: retrenchment often followed advancement, new buildings were left incomplete, class leaders were poorly trained, visits by ministers to outlying congregations were too infrequent and some areas of the country had to be abandoned altogether. Perhaps symbolic of this poverty and instability was the fact that, by 1947, the only substantial Methodist building in the country was the church at Mafeteng. A more telling outcome of these years, however was the fact that hundreds of Methodist converts gave up their membership to join other churches.

The Methodist Conference was aware of its neglect of the Lesotho mission, however, and in 1947 it began to redress the situation. A new superintendent, the Rev Thomas A. Elliot, was appointed; a ‘Basutoland Mission Committee’ was established to provide him with active assistance; two additional ministers were appointed, at Quthing and Leribe; and a ‘Bible woman’ was assigned to work at Mount Moorosi. In addition, the single circuit which formerly served the whole country was divided into five circuits- Leribe, Maseru, Mafeteng, Quthing and Qacha’s Nek. All these initiatives were enabled by newfunding from the Conference’s Missionary and Extension Fund. This fund also helped to finance new buildings and repairs so that, by 1952, a large new church had been built at Leribe, the church at Quthing and the manse at Mafeteng were completed and a spacious sandstone manse for superintendent was built at Maseru. More attention was also given to the training of class leaders and to the formation of lay groups such as Woma’s Auxiliary. One gets some flavor of the work during these years- and of the challenges posed by the migrant labour system, which by now was producing a net outflow of Methodist converts- from a 1952 review by Elliot: